SHOOTERSWORK.COM: There is an order form dated August 1998 to purchase Anomalies #1 from Jim Shooter's Daring Comics. What was Anomalies going to be about?

JIM SHOOTER: Because I was (am?) the pariah of comics, after Broadway Comics was discarded by the morons at Golden Books Family Entertainment (which went bankrupt soon thereafter -- nothing to do with us, but satisfying nonetheless), I needed a gig. No one wanted me. Am I such a bad writer that no one could use me? I guess.

Anyway, I figured I'd have to self-publish. My great friend Chuck Rozanski was going to help get me started. He suggested the name DARING, by the way. I created several properties, including Anomalies, and started developing them. But, I finally found a job creating comics and comics-related properties for a multimedia company called Phobos Entertainment. I had to take the job and shelve DARING. Had to make some money right now. Had to pay the bills. None of that work ever saw the light of day, and Phobos folded a couple of years later.

Aside: At one point, desperate for work, I figured maybe if I came up with a project and pitched it to DC, my old friend Paul Levitz might go for it. I called Paul and pitched "Jim Shooter's last Legion story" -- a twelve-issue arc set back in the context of my first Legion run, so it wouldn't mess with anyone's current continuity. An "untold tale." Paul loved the idea. We started discussing artists, etc. Then, later, he called back and said that the Shooter-haters at DC threw such a tantrum when they heard about the project that he didn't want to go through with it. "It would be more grief than either of us needs," he said. That's a quote.

DARING was the next "last resort."

All of the following documents are copyright Jim Shooter - posted with permission.

A zip file containing all of these documents is available for download. 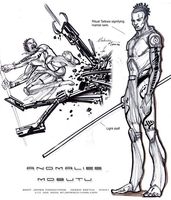 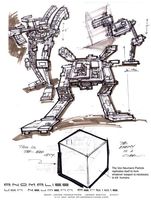 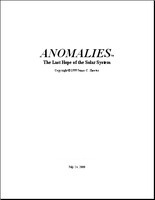 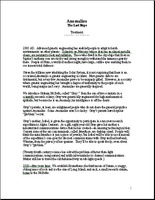